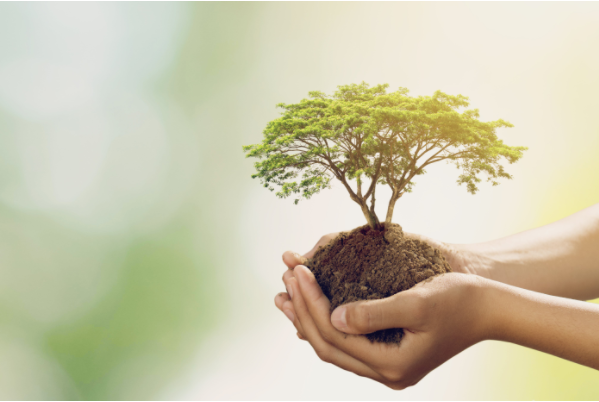 ProTerra Foundation held a webinar session, on March 1st, to talk about How future trends can help us to reduce environmental impact? Almost 90 people registered for the session, which has been recorded and can be downloaded together with the presentation at the bottom of the page. ? Emese van Maanen started the session with a short presentation about […]

Introduction Companies that are ProTerra certified are expected to honour the ProTerra Vision and Mission – the international values of respecting human rights and the environment in their daily business. The ProTerra Standard is owned by the ProTerra Foundation and it is organized in principles, criteria and indicators. Altogether there are ten principles in the […]

The ProTerra 4th International Non-GMO Soy Conference, Creating Responsible and Scalable Food Supply Chain, held from 30-31 January 2019 in Bremen, Germany, provided a unique opportunity for interaction among various levels of stakeholders and players from the food and feed supply chain. Check out the complete agenda. For the conference moderator and master of ceremony, the event […]

Boosting cooperation in the sugarcane and sugar beet supply chains

The proterra foundation proactively engages with proterra certified organizations in brazil to boost credibility in the market The ProTerra Foundation is the owner of the Voluntary Sustainability Standard (VSS) called ProTerra Certification Standard. As many other VSS owner, The ProTerra Foundation does not carry out the audits by itself, but it relies on a third-party […]

ProTerra Foundation will participate in the next upcoming event on the 26th March 2019 in Hamburg, Germany, organized by FoodChain ID. Non-GMO Exploring Future Challenges Topics that will be addressed during this event are the new GMO technologies, gene engineering, labelling and policy requirements. And answers to how the future of Non-GMO’s, how companies can meet stakeholders […]

A movement to replace genetically modified soybeans with conventional seeds is gaining traction in Brazil’s largest soy- producing state of Mato Grosso as farmers anticipate growing demand from Asia and Europe. Published on: May 14th, 2017 Source: reuters.com Original publication date: May 11th, 2017 Author: Ana Mano Brazil was an early adopter of transgenic crops and more than 96 […]

After many years with curbing Amazon deforestation under the Soy Moratorium signed by many companies, this piece of news is very concerning. Under the ProTerra Standard deforestation, or negative land use change regarding any HCVA, has a cut-off date of 1994, or up to 2004 with the implementation of compensation measures. Link: Amazon Deforestation, Once Tamed, […]

ProTerra’s Chairman Augusto Freire took part in the Sustainable Foods Summit discussing ProTerra’s Theory of Change and progress in Sustainable Soy Sourcing. ProTerra’s Chairman dispelled the myths about the current rate of Amazon deforestation where the Forest Code and ProTerra, have been successful in reducing deforestation rates. However challenges of mixed use agriculture and monitoring accuracy the […]