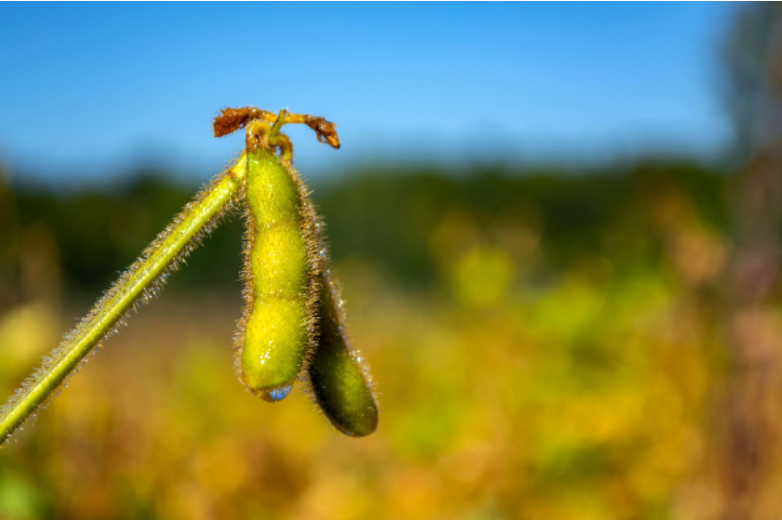 As mentioned in a ProTerra’s recent article: “Brazilian soybeans have very high CO2 footprints due to the carbon losses that occurred through land conversion and land transformation – these losses are accounted for in the life cycle of soybean production as Land Use and Land Use Change (LULUC)”. [1]

All soy used by Norwegian aquaculture is sourced from farms which are free from deforestation since at least 2008, but this is not taken into account in several scientific calculations that require that there has been no deforestation in the last 20 years.

Thus, we are faced at this urgent question: how can carbon footprint be calculated in a fairest way, considering the organizations that invest in sustainably produced and land conversion free raw materials?

For years, Norwegian aquaculture has only purchased certified deforestation-free soy from Brazil, but lack of traceability has made it difficult to give an exact figure for footprints. Thus, until now, LCA analysis for Norwegian salmon have had to use only the average figures that apply to the whole of Brazilian soy production.

Figures are high because tropical deforestation provides a high carbon footprint for raw materials originating from areas of high deforestation. For instance, the number currently used by Norway is 5KgCO2 for 1 Kg of Soy from Brazil.

Back in November 2019, ProTerra Foundation hosted a meeting in Brazil aimed at creating opportunity for a constructive dialogue among stakeholders involved in the aquaculture industry, mainly discussing about Life Cycle Assessment for feed production and Carbon Footprint Calculation methods. [2]

The working group, established during the meeting, is expecting data for footprints from some important Brazilian suppliers, aiming at improving the sustainability of Brazilian agriculture. Its members include the feed companies Skretting, Cargill Aqua Nutrition, Biomar and Mowi, together with ProTerra, sustainable certification scheme, the soybean producer and processor company Amaggi and the Brazilian Soy Protein Concentrate (SPC) producers CJ Selecta, Caramuru, and Imcopa.

The working group has also just put in place a system for better traceability for the Brazilian value chain, which is the basis for the detailed calculations. Each soy shipment delivered to feed producers will now include information about the municipalities and states from which the soy from that batch is sourced. It is also possible to determine the sourcing details of the delivery if needed.

CJ Selecta[3] is a company with over 30 years of experience in agribusiness, from soybeans to several segments, fully committed to the environment. CJ Selecta is a member of CJ CheilJedang, a South American Group. All non-GMO products produced by CJ Selecta are from soybean certified origin, obtained through the non-profit organization ProTerra Foundation certifications. It is one of the largest suppliers of Soy Protein Concentrate (SPC) for Norwegian aquaculture.

The LCA analysis of soy protein concentrate produced by CJ Selecta begins with the cultivation of soybeans in the Minas Gerais, Mato Grosso and Goiás regions. After harvesting, the soybeans are sent to CJ Selecta’s industrial unit located in Araguari – Minas Gerais.

In an analysis CJ Selecta has shared with Norwegian feed producers, their SPC has a carbon footprint of 1.93 kg CO2e. The default value for Brazilian SPC is 6.69 kg CO2e!  This corresponds to 70% reduced footprint.

For more details about the whole process of calculating the Carbon Footprint of the Non-GMO Soy Protein Concentrate (SPC NGMO) product produced in Brazil and exported to Norway, please check this Infographic. The study covered all phases of the process: from the production and use of agricultural inputs for the production of soybeans to the delivery of the finished product at the Port of Brake in Germany.

The footprint of Norwegian salmon will thus be able to obtain a new and a more precise numerical basis when calculating the footprint, which now use detailed figures based on traceability rather than calculated average values.

← On the track of bringing down the European Union footprint Increasing smallholder farmer income: a pathway to reduce environmental impact and land conversion? →