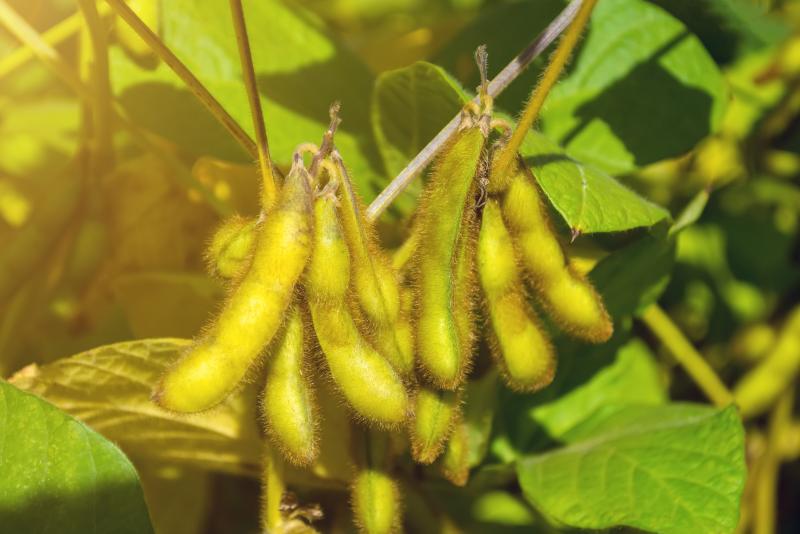 Soya is undeniably one of the crops with global challenges, as a source of vegetable protein. For the 2018-2019 season, the US Department of Agriculture, the USDA, forecasts a world production of 360 million tonnes. By 2050, volumes could reach 500 million tonnes. World production is mainly concentrated in the United States and the South American continent. And we know that many countries in the world are highly dependent on this resource, this is particularly the case for France, which imports 3.5 million tonnes of oilcake every year. On the initiative of Terres Univia, the interprofessional association of vegetable oils and proteins, a round table was organised on April 4 with all the stakeholders: producers, seed companies, collectors, breeders… On this occasion, the sector announced the objective of producing 650,000 tonnes by 2025 in the territory, including 50% certified seeds. Over the past ten years, the sector has been gradually built up, in 2008, France cultivated around 28,000 ha of soya to reach 154,000 ha and 400,000 tonnes in 2018. We are certainly still far from self-sufficiency.

Cultivate the specificities of French soya

In addition to self-sufficiency, the challenge for the sector, through the French Soybean Charter, is to meet the growing demand for quality sectors and societal and environmental expectations. Thus, French soybeans rely on sustainability, traceability and proximity to stand out. The sector thus wishes to increase and secure the production of vegetable proteins in France for all sectors and in particular for livestock farming. According to Terres Univia, France imports 500,000 tonnes of non-GMO soybeans each year (out of 3.5 million), but as the institute points out, “we do not control the origin, the impact on deforestation and the climate. The increase in French production under a quality charter is already intended to replace these volumes. Thus by “guaranteeing non-GMO, traced and local animal feed, the French Soya Charter also meets consumer demand”.

All the actors are therefore mobilizing and organizing themselves through contractualization so that the added value is guaranteed for all. The institute points out that most of the seeds are processed in the production regions. Today about 1000 farmers are already involved in the French Soybean Charter process.