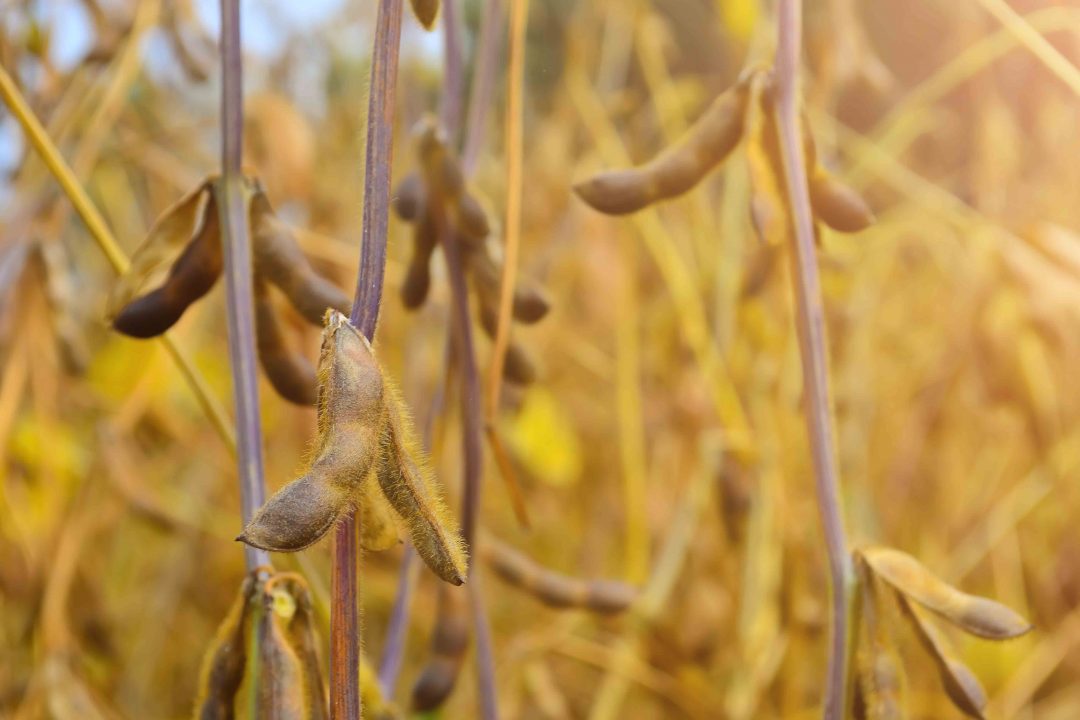 This brief paper aims at increasing general understanding about soy production in Brazil and discussing how sustainable production, such as the one fostered by ProTerra Foundation, can be implemented and maintained in such reality.

In the last 50 years, world soybean production has multiplied by ten. By 2050, the Food and Agriculture Organization (FAO) predicts that production will almost double to 515 million tons.

The advance of Brazilian soybean production can be divided into four phases. The  1st phase comprises the expansion of cultivation in the southern region during the 1960s and 1970s. The 2nd  phase is associated to the expansion of soy in the Midwest during the 1980s and 1990s. During phase 3, the first decade of the 21st century, soy expanded to the north and northeast regions (mainly in the states of Maranhão, Tocantins, Piauí and Bahia), areas where the Cerrado biome is present. More recently, other states in the northern region, these inserted in the Amazon biome (States of Pará, Rondônia, Roraima and Amazonas), are considered as the potential to further leverage national production, constituting what could be considered the 4th phase of soy development in Brasil[1].

Figure 1 brings a map of Brazil, with all the states of the federation and respective biomes where they are inserted. The green colour represents the Amazonia biome, while the peach the Cerrado. Light green the Mata Atlântica, pink the Pampa, yellow Caatinga and green-blue the Pantanal. 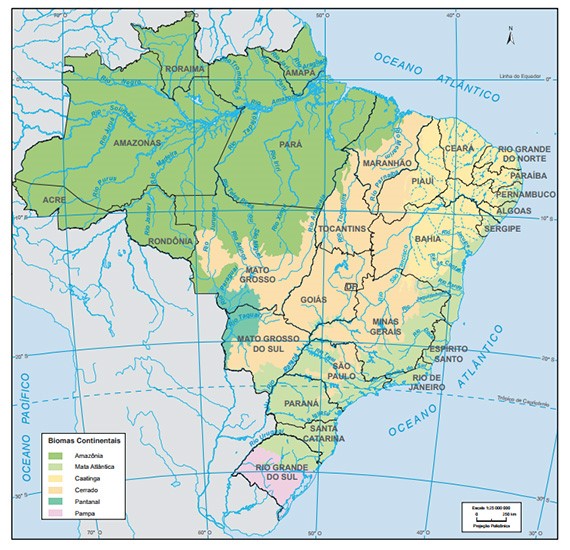 Currently, as per data from EMBRAPA (Empresa Brasileira de Pesquisa Agropecuária – Brazilian Agricultural Research Corporation), the soy cultivation occupied an area of ​​approximately 35 million hectares in 2018 (more than 3 times the size of continental Europe). Approximately 70% of all the soy exported from Brazil was bound to China[4] in 2018.

Based on a paper presented during the 48o Congress of the Brazilian Society of Rural Economy, Administration and Sociology[5] (SOBER – Sociedade Brasileira de Ecomonia Administração e Sociologia Rural), economies of scale are present in soybean production in Brazil. The study points out that the average size of a soy farm in Brazil is of 72,45ha (in the south of the country the size is in average 34,92 ha while in the Midwest the size is in average of 501.05 ha). So, one can derive that they are in general big agricultural properties with large scale/industrial agriculture.

The demand for soy is huge and growing. At the same time, the need to preserve the environmental resource and high conservation value areas emerges as a relevant aspect associated to agricultural production. How can these two apparently opposing needs walk hand in hand?

This is only possible to be achieved through a global network of businesses supporting more sustainable agricultural practices, in the food and feed supply chains and via business implementing, and maintaining over time, sustainable approach to their activities. At the same time, the market is to give a clear message that sustainable products are a must and players are willing to pay for these products.

The information and monitoring infrastructure needed must embody a common platform that supports biodiversity conservation and endorses restrictions to land use change for agricultural activities. Another important aspect is supporting the use of non-genetically modified (Non-GMO) seeds, and the full respect of workers and communities’ rights and dignity.

In recent years, activists and environmental agencies have suggested that the main cause of deforestation in the Cerrado is the expansion of agribusiness over native vegetation[6]. Between 2007 and 2014, 26% of agricultural expansion occurred directly over Cerrado vegetation, says a statement from the Worldwide Fund for Nature (WWF).

The recent episodes of fire in the Amazon forest in Brazil have put light on this discussion.

Based on the publication of the Brazilian Ministry of Agriculture, Livestock and Supply[7]  (Ministério da Agricultura, Pecuária e Abastecimento), the soybean area is expected to increase reaching 43.2 million hectares in 2007. The document points out that soybeans are expected to expand through a combination of border expansion in regions where land is still available, occupation of pasture areas and the replacement of crops where land is not available to be incorporated. But the tendency in Brazil is for expansion to occur mainly over natural pasture lands, as indicated in the referred publication. Exports of soybeans in the country are projected for 2026/27 as of 84.0 million tons (expected variation in 2026/27 compared to 2016/17 of 33.5%).

So, soy production in Brazil will grow and new areas will be incorporated to soy.

With this scenario a vigilant society is necessary, and the market should push for the implementation of sustainable agricultural practice that clearly poses restrictions to land use change especially the clearing of areas with high conservation values, such as de Cerrado and Amazon biomes in Brazil.

As pointed out earlier in this document, studies indicate that in general big agricultural properties with large scale/industrial agriculture are associated with soy production in Brazil, representing business organizations with management and institutional capacity to deal with the challenges of sustainability should they be a business requirement.

Market mechanism can have a leading role in the preservation of natural resources, even more relevant than local policies or regulations. On the issue of Brazilian soy, not buying it, for example, will not necessarily impede deforestation as soy production is expected to grow in the country once market demand exists.

Committing in sourcing soy responsibly and insisting and investing in the construction of commercial relations with Brazilian soy producers, industrial processors and trading companies, while pushing sustainability criteria down the soy supply chain, and paying premium values, is possibly the most effective way to support the reduction of deforestation in the country.

ProTerra indicators are the basis to help organizations develop, maintain and improve over time their sustainable production practices. Indicators are in several cases aligned with the Sustainable Development Goals (SDGs) of the United Nations what makes them even more relevant.

ProTerra Principle 4 – Biodiversity conservation, effective environmental management and environmental services – poses restrictions to land use change. This principle excludes from ProTerra certification scheme products originated in areas that have been cleared of native vegetation for agriculture after 2008 with specific reference to areas defined by High Conservation Values Resource Network (indicator 4.1.1).

Certification under ProTerra also requires that organizations must identify and maintain valuable biodiversity within their areas and must restore areas of natural vegetation around bodies of water and on steep slopes and hills, and other sensitive parts of the ecosystem.

Additionally, ProTerra Standards requires that a comprehensive Environmental and Social Impact Assessment (ESIA) must be developed for any large or high-risk expansion (such as expansion of soy in pasture lands), or new infrastructure projects to identify potentially harmful or damaging impacts and to define a management plan to address these where necessary. External experts are to be involved. The ESIA must be commensurate to the scale of the operation and infrastructure. It must consider the sustainability of the environment, wildlife and endangered species, and the social impact on the local population including, where relevant, indigenous people and traditional land users.

ProTerra audits are done by qualified independent professionals (third party audits), linked to a certification body that is duly accredited by international organizations.

The ProTerra Foundation’s mission is to be a global network of businesses supporting more sustainable agricultural practices, in the food and feed supply chains, where relevant the conversion to non-GMOs and full respect of workers and communities’ dignity. We envisage a world where all businesses contribute to the protection of biodiversity by switching to sustainable production, conserve natural resources and ensure that local communities are treated with dignity and respect.